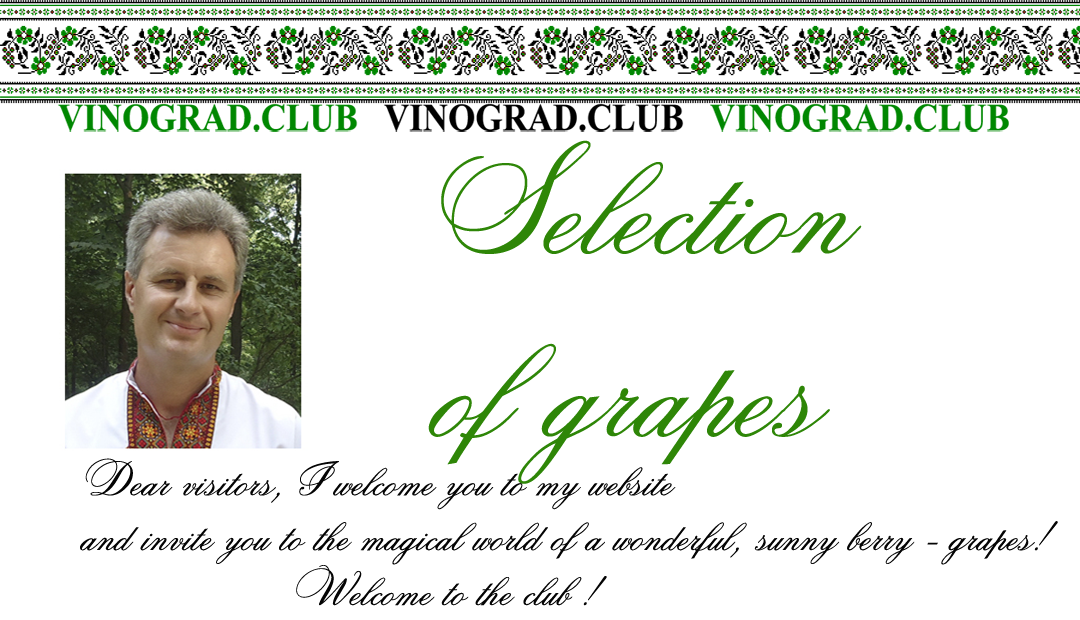 AUTHOR'S VARIETIES AND FORMS OF GRAPES 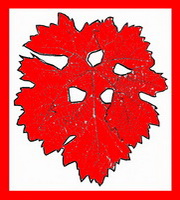 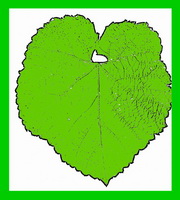 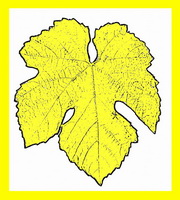 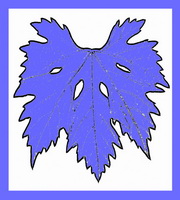 A total of 334 hybrid seeds were obtained. When checking the viability "on the water", 298 seeds remained. After stratification in winter and germination in January 2009, only 15 seedlings were planted in cups. The rest of the seeds were sown directly into the ground in April 2009.

The seed germination rate of this hybrid combination is high. During quenching & nbsp; seedlings on the street in the spring, a primary selection was made for resistance to mildew.

Planting of seedlings into the ground from cups was carried out in June 2009. Also, 11 more vigorous and most resistant forms were selected from the sown seeds and germinated seedlings. In total, there was & nbsp; 26 seedlings.

The seedlings of this hybrid combination are mostly vigorous, have good resistance to fungal diseases and frost (up to - 24 gr. S). For the winter, seedlings were sheltered only for the first three years.

The first fruiting of some hybrid forms was only in 2013. The rest gave signals for the next 2014. The first main selection of seedlings was done after the third fruiting in & nbsp; 2015-16 years. During this selection, I removed weak and unproductive, painful and prone to cracking forms.

Many forms from this combination had a signal size of berries from 5 to 8 grams and bunches of 200 to 600 grams. In subsequent years of fruiting, the mass of bunches increased slightly, but the mass of berries remained practically unchanged.

The size of the berries is larger than that of the mother form. Gift to Zaporozhye no. The largest berry is a seedling (51-09) - working title Bereginya early. His large berries reach 12-14 grams. 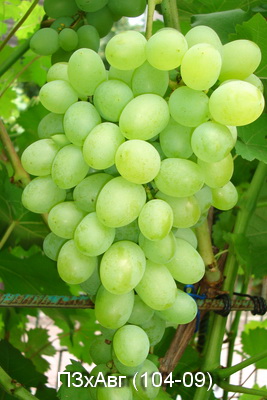 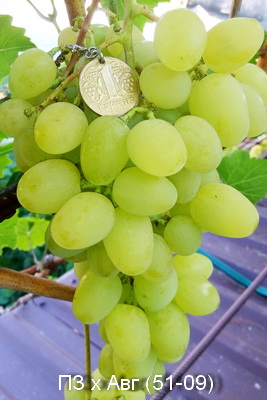 Most of the seedlings have a pleasant harmonious taste, dense crunchy flesh. Seeds are medium, no more than 2-3 pieces per berry. Many are resistant to cracking. Hybrid forms prone to cracking no more than 10%.

The yield is different. There are seedlings that have a very high yield, others average, and there are very low ones. In their total mass, the hybrid forms repeat the paternal variety Avgustine.

Unfortunately, hybrid seedlings from this cross combination are uniform. All seedlings have a white berry color, a round or oval berry shape. 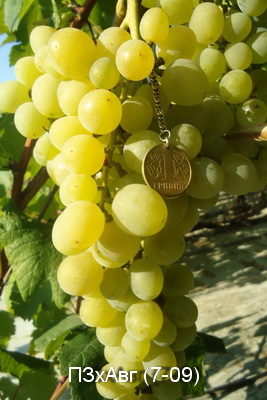 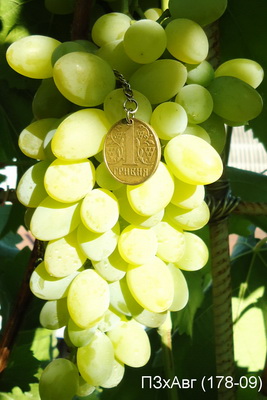 The resistance to fungal diseases of the hybrids of this combination is increased, at the level of 2.5-3.0 points on the susceptibility scale. Most have stability at the level of both parents. The most stable was PZxAvg (7-09) - working title Bereginya.

Despite the early ripening period of the paternal variety Augustine, almost all the seedlings turned out to have an average ripening period. The number of early seedlings does not exceed 5% of the total.

Very early (before both parents), only a few pieces. The earliest seedling (ripening at the end of July and high sugar) is ПЗхАвг (178-09) - working name Lasunka.

Hybrid forms from this cross combination are under further study and observation. So far, only those prone to cracking and low-yielding forms have been removed.

Uniformity of seedlings of the first generation (by color and shape of the berry). Very few seedlings of early maturity, many forms with a functionally female flower

When crossing very worthy parents (each variety is very good in itself), one can only hope for luck - heterosis in some characteristics (reproductive - yield, somatic - large-fruited, adaptive - resistance to abiotic factors).

I do not see any obvious heterosis yet, although many forms have good disease resistance and a large white berry.

The combination turned out to be promising for breeding for disease resistance. & Nbsp; For testing at the NSC “Institute of Viticulture and Winemaking named after V.E. Tairov ”only two hybrid forms were transferred. In 2014 - & nbsp; PZxAvg (7-09) and in 2017 - PZxAvg (51-09).

In this hybrid combination, the following hybrid seedlings were selected by me to the elite for further study and testing in different climatic zones: Bereginya (7-09), Bereginya early (51-09) и Lasunka (178-09).

My pages in social networks: